Failure to Yield and Other Musings

I enjoy a wide range of photography. I truly believe that the skills and methods I use while shooting news and feature photos has a positive effect on my abilities as a wedding photographer.

The great thing is that it works both ways. My news photography has improved over the years that I’ve been doing wedding photography as I’ve come to pay greater attention to details, and especially to light.

On Thursday there was a hearing about the proposed closure of the Fort Pitt museum in Pittsburgh’s Point State Park. By no means was it an exciting visual event, but thankfully there were a couple of guys dressed in 18th century garb. I shot photos of James Scahill, dressed as Gen. John Forbes, who led the campaign to capture then-Fort Duquesne from the French, while he testified. I thought there must be a better picture than that, so I followed him as he returned to his seat in the audience. I shot photos of him as he reviewed his papers. It was kind of funny in an anachronistic way, all the while I was thinking “This is great light.” 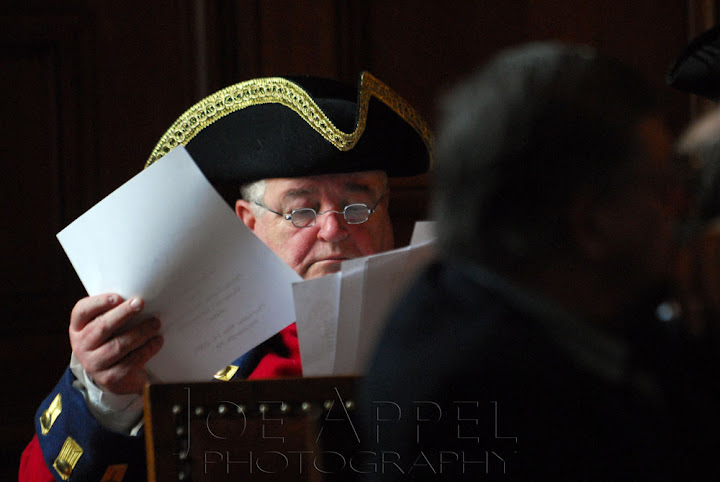 Next I was off to Liberty Ave. near Gateway Center in Pittsburgh where PennDOT and the Pittsburgh Police had set up a sting operation to catch motorists who failed to yield to pedestrians in the crosswalks there. 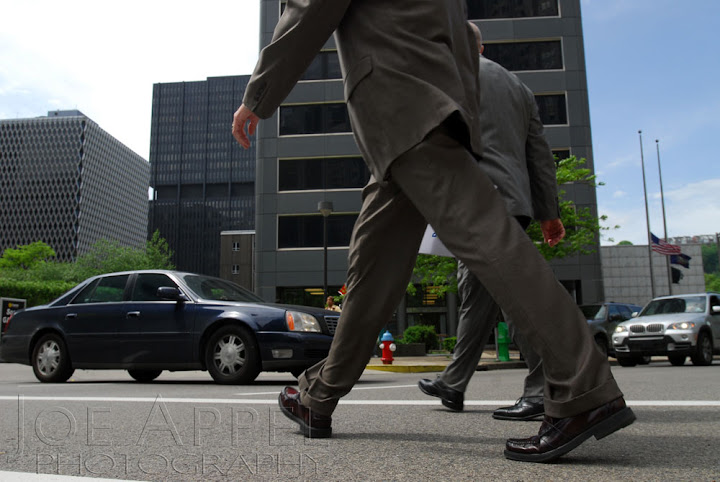 Sad to say, but its shocking just how oblivious many drivers are. I must admit, I had fun chatting with the motorcycle officers while they waited to pull over and cite violators. It was kind of fun watching them throw on the lights and race after the cars. 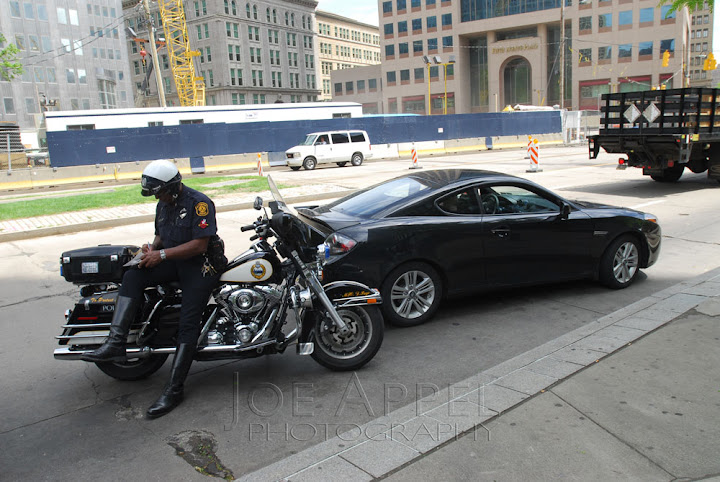 Every driver that I saw blow through the crosswalk had a cell phone to their ear – a pet peeve of mine.