There are three houses being built in a hurry during a “Home Builder’s Blitz” by a group of volunteers from Habitat for Humanity in the Pittsburgh neighborhood of Westwood, near my home in Crafton.

I think it’s great that three families are going to have brand-new houses, but what’s really cool is that they’re contributing to the construction efforts. Each family is responsible for 350 hours of sweat equity in the building of the homes.

Today, officials announced who is getting which house and Theresa Jenks (right) learned that her family will be the first to move in. A few weeks later the other two houses will be complete and the rest of the families will move in. 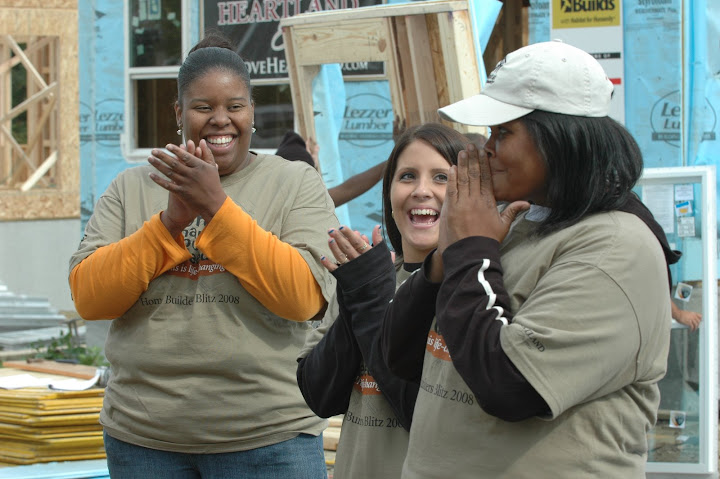 Good news all around.