Joe Photographer and the Crystal Skull 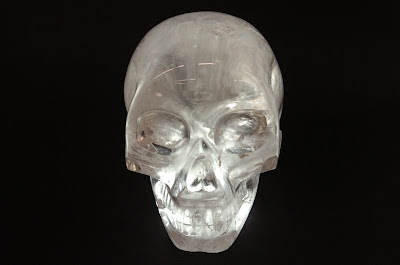 The excitement of the newest Indiana Jones movie prompted Ellen James of the Carnegie Museum of Natural History to ask the scientists in the Section of Minerals if they had a crystal skull in the collection. The answer was yes. It’s not one of the rare, mystical, pre-Columbian skulls that Dr. Jones is after in the movie, but it’s still pretty cool.

The skull wasn’t the easiest thing to photograph. I quickly realized that the light source had to be underneath the skull. I asked the scientists to cut a hole in a black piece of paper and put the skull over a light source. As a result, you can see the fissures and faults in the 14-pound quartz crystal. 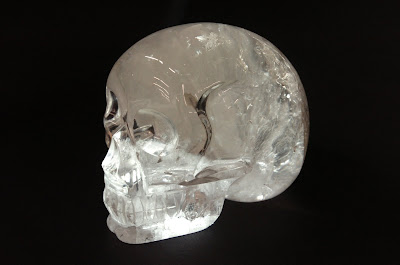 I’ve had some pretty great weddings over the past couple of weeks, I’ll try to post some images soon.