The Burton Hirsch funeral home caught fire early on Saturday morning. Nobody was inside (no, no corpses either) and by the time the fire department got on scene the fire was too involved and deep in the structure for them to safely go inside to fight it.

So they let the building burn for several hours, making sure that none of the nearby buildings caught fire.

Lots of residents of Squirrel Hill spent time watching the fire. Including these young guys. I saw the hats and the snow and knew that there was a photo. All I had to do was find the right moment and angle. 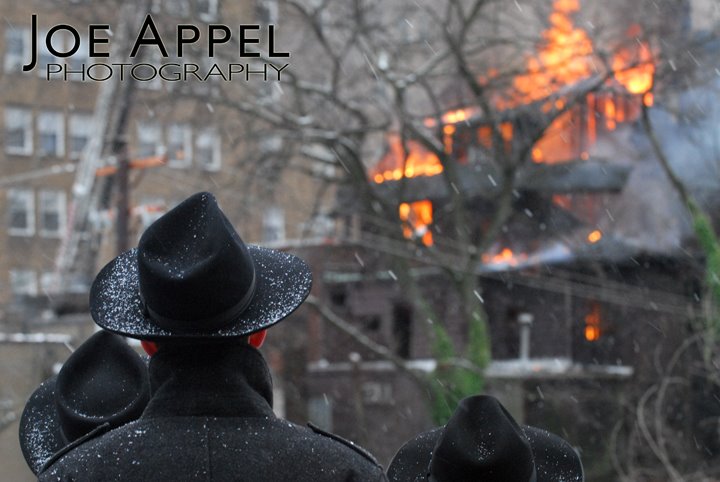 The blaze finally got to the point where firefighters were able to put it out using aerial ladder trucks.