This image of bowler Timothy Pfeifer was shot for Robert Morris University’s Foundations Magazine. The story is about athletes participating in sports that are less heralded than football or basketball. Pfeifer, a member of the RMU bowling team, is nationally ranked.

The fun thing about this shot was having the freedom to spread out a little bit without worrying about other bowlers. Bowling alleys are difficult to photograph in. The lanes are brightly lit while the area leading up to the line much darker.

I used three lights for this shot. A main light in an umbrella illuminated Tim from camera left. I positioned another flash to rim light the pins since I wanted them to be separated from the background.

After reviewing the image on the back of my camera I felt that Tim needed a little lighting on the opposite side from the main light. I duct-taped a drink menu in front of the flash to shield the light from spreading into the foreground. That really made the image pop.

All I had to do was time my shot so that the ball was just striking the pins. Easier said than done because I was sitting in the alley about 10 feet behind the pins. The author of the article, Mark Houser, was standing off camera to kick the ball to the gutter before it hit me. 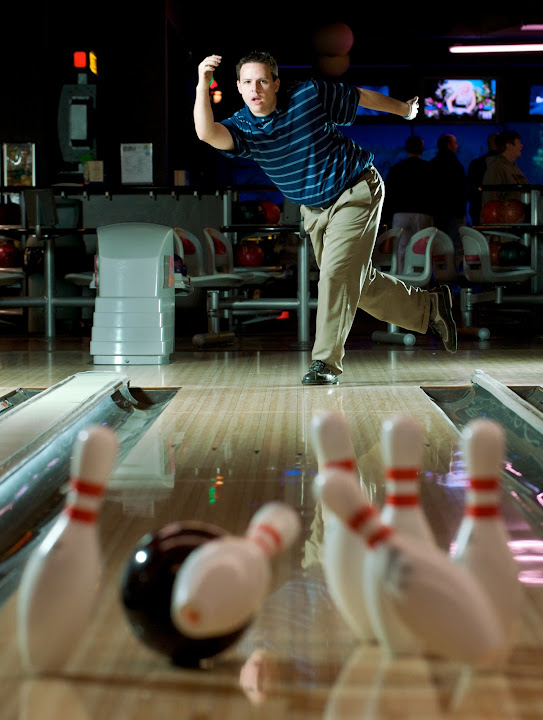