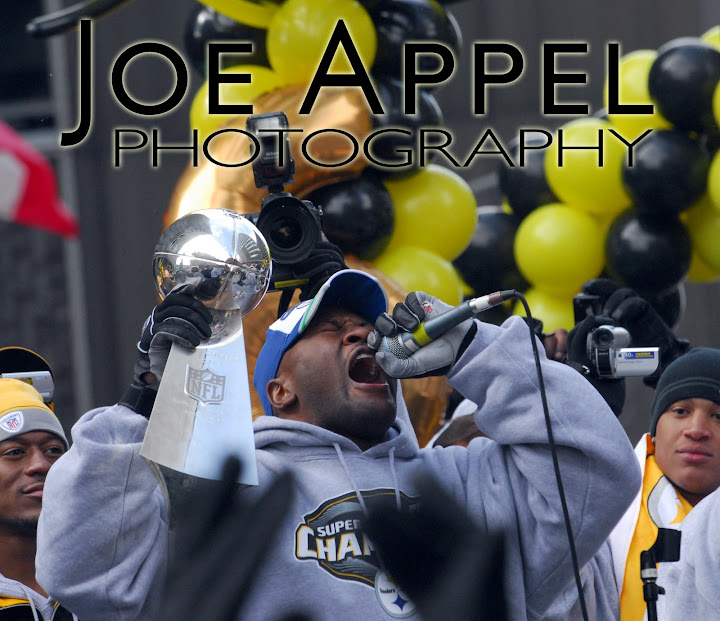 Super Bowl Champions – this picture of James Harrison kind of says it all. What a great victory for the Pittsburgh Steelers. The Pittsburgh Police said that something like 300,000 people showed up for the victory parade.

I talked to one lady who arrived on scene at 5:30AM to get a good seat for the parade, which started at noon. The high on Tuesday was 27-degrees!